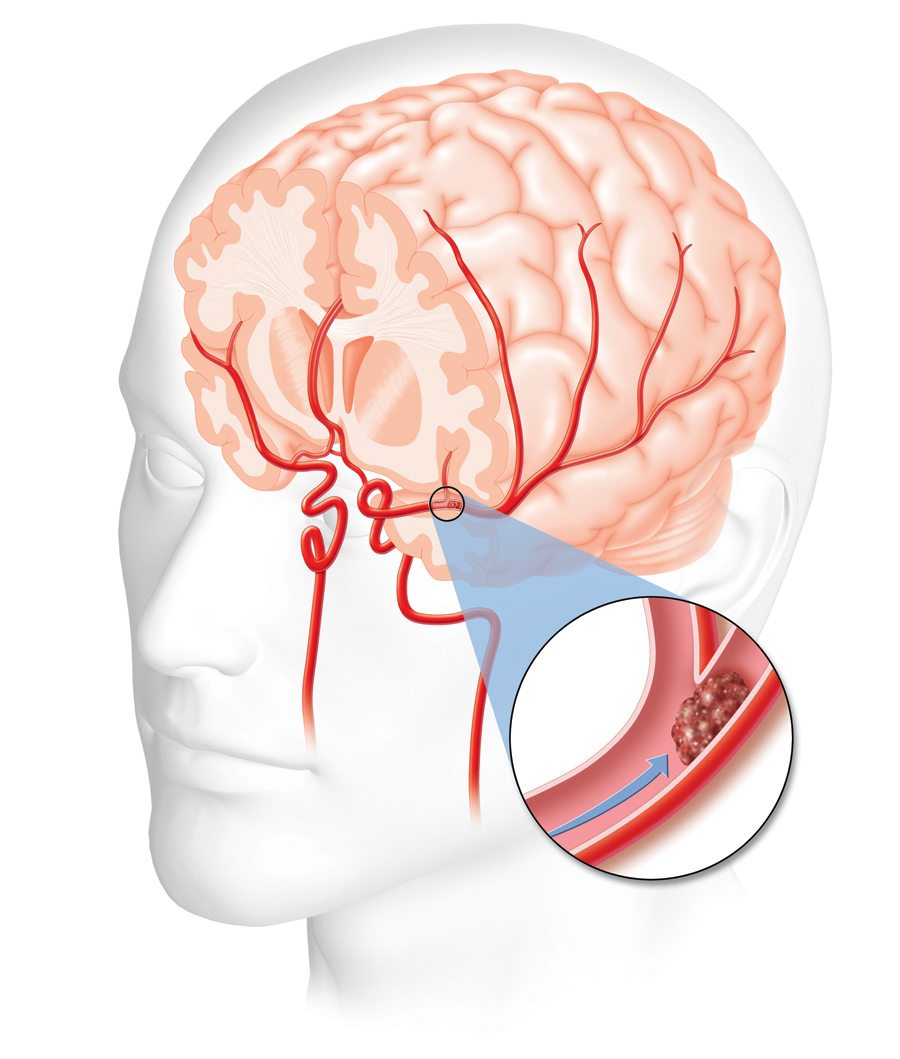 Stroke is a disease that affects the arteries leading to and within the brain. It is the No. 5 cause of death and a leading cause of disability in the United States.

A stroke occurs when a blood vessel that carries oxygen and nutrients to the brain is either blocked by a clot or bursts (or ruptures). When that happens, part of the brain cannot get the blood (and oxygen) it needs, so it and brain cells die.

About 795,000 Americans each year suffer a new or recurrent stroke. That means, on average, a stroke occurs every 40 seconds.

On average, every 4 minutes someone dies of stroke.

About 40 percent of stroke deaths occur in males, and 60 percent in females.

In 2010, worldwide prevalence of stroke was 33 million, with 16.9 million people having a first stroke. Stroke is the leading cause of adult disability.

African-Americans have nearly twice the risk for a first-ever stroke than Caucasians and a much higher death rate from stroke.

Every stroke is unique, but strokes tend to affect people in common ways.

If the stroke occurs toward the back of the brain, for instance, it’s likely that some disability involving vision will result. The effects of a stroke depend primarily on the location of the obstruction and the extent of brain tissue affected.

If the stroke occurs in the left side of the brain, the right side of the body will be affected, producing some or all of the following:

When stroke occurs in the brain stem, depending on the severity of the injury, it can affect both sides of the body and may leave someone in a ‘locked-in’ state. When a locked-in state occurs, the patient is generally unable to speak or achieve any movement below the neck.

Take a Tour of the Brain: Explore this user-friendly guide to the components of the human brain and how they function.

Some stroke risk factors are hereditary. Others are a function of natural processes. Still others result from a person’s lifestyle.

What Stroke Risk Factors Can Be Changed?

What are other less well-documented risk factors?